The placenta is the life support system for the fetus - it provides the growing baby with essential oxygen and nutrients. While there are many different causes of stillbirth, a large proportion occur because the placenta does not function properly.

Why does stillbirth happen?

The first sign of a failing placenta is impaired growth of the baby, or fetal growth restriction. If the nutritional demands of the baby outstrip the placental supply, the baby fails to gain the expected amount of weight. If the placenta continues to fail, there may be critically low levels of oxygen and this can then end in stillbirth. While most growth restricted fetuses are born alive and well, they are at 3-4 times increased risk of stillbirth compared to normally grown fetuses.

What is Mercy Perinatal doing to combat stillbirth?

At Mercy Perinatal, we are trying to develop a blood test to help women avoid stillbirth. The blood test aims to measure ‘danger signals’ that leak out of the stressed placenta in pregnancies at high risk of stillbirth. Such at-risk babies could be safely delivered, taken out of harm’s way, before stillbirth occurs.

We have two core strategies.  The first is to develop a blood test that allows clinicians to identify more cases of fetal growth restriction that currently go undetected. We know that the traditional methods of identifying small babies using the tape measure, physical examination of the woman’s pregnant abdomen and even ultrasound can miss up to a half of all growth restricted babies. We are proposing to develop a blood test that will more reliably identify most pregnancies with impaired placental function and reduced fetal growth. This forms the basis of the Fetal Longitudinal Assessment of Growth (FLAG) Study, a large prospective study.

The second strategy is to develop a blood test that detects danger signals from a very diseased placenta that has almost failed, when the fetus is at critically low levels of oxygen, and at very high risk of imminent stillbirth. This approach forms the basis of the Fetal Oxygenation (FOX) Study. 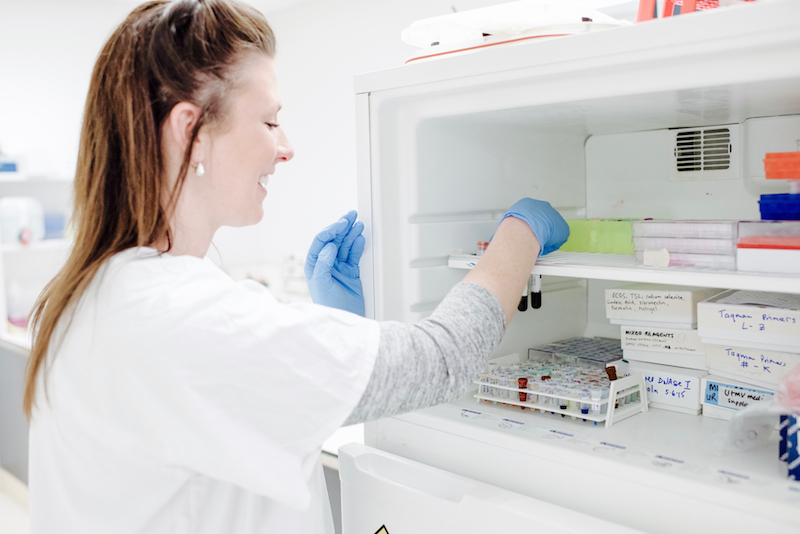 How far along the road are we?

We have partnered with collaborators across six major tertiary hospitals in Australia and New Zealand to develop these stillbirth tests. Together with our hardworking team at the Mercy Hospital for Women as well as our collaborators have already recruited over 2000 pregnant women who have generously donated their blood samples and pregnancy information.

Thanks to the strong support we have received from patients, research colleagues and funding sources, we hope we are well on the way to answering the urgent questions about preventing stillbirth.